Free range pork and tap water are not dangerous enemies, despite un-eco claims to the contrary.

The backlash continues against locavores and environmentalists from industries eager to protect their un-eco bottom lines. Here are the latest crazy anti-environmentalist claims -- and the enviro arguments that rebut them: 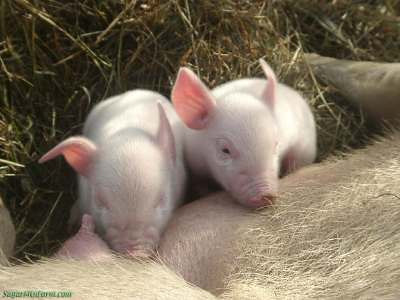 >> Grist calls out a New York Times op-ed that claims free range pork is deadly. As you may have guessed, the op-ed writer James E. McWilliams cited a study funded by the National Pork Producers Council to “prove” his point. McWilliams says free range pork could be infected with a deadly parasite called trichinosis; less biased writers point out that the study McWilliams cited found antibodies, not actual trichinosis, in pork.

>> Colin Beavan of No Impact Man calls out Robert S. Morrison, vice chairman of PepsiCo, which owns Aquafina, for saying “The biggest enemy is tapped water” in a new documentary film, Tapped. The film "examines the role of the bottled water industry and its effects on our health, climate change, pollution and our reliance on oil," according to the film website. Watch the trailer below:

What's the real eco-enemy?
Free range pork and tap water are not dangerous enemies, despite un-eco claims to the contrary.