Enviro-guide to the digital TV conversion

Be kind to your old analog TV — and be wise in picking out your new flat screen. 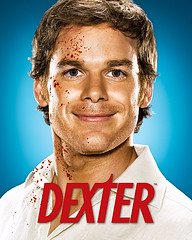 Soon, many many analog TVs will be killed en masse and unceremoniously dumped into landfills, due to the upcoming television digital conversion. Of course, those buried TVs won’t really be dead — since they could keep leaching all sorts of toxic chemicals.

That’s what I wrote about in “Night of the Living Dead” for Whole Life Times — along with solutions, of course. Read it to find out what to do about your old TV — and about the many TV companies that still refuse to take back their TVs at the end of life, leaving the environmental and financial burden of recycling the thing on consumers and government programs (that would be your tax dollars).

For those snapping up flat screens: I advise you to consider both end-of-life and energy efficiency issues for your TV before you plunk down the money. After all, an inefficient flat screen you buy on sale now could end up saving you a lot more in energy bills over the long term. In California, state regulators are in the process of setting down energy efficiency laws for TVs to ensure that they’re not guzzling up unnecessary power.

What’s really making news in the mainstream media, though, is not the recyclability / leached toxic chemicals / energy efficiency issues, but the possible conversion date change issue. As of now, the switch to digital-only TV signals is scheduled for Feb. 17 (except Hawaii, which has already made the switch) — though it seems likely that the deadline will be pushed back to June 12. (Note: Congress did push the conversion date to June, giving you more time to make the right choices.)

Why delay things? Beyond just trying to make sure everyone knows about this switch to digital before it happens, the government’s run out of money for its $40 coupon subsidies that helped out people who needed to buy converter boxes for their old analog TVs.

In other TV news: For adolescents, “Each additional hour of TV watched per day boosted the odds of becoming depressed by 8%” found researchers at the University of Pittsburgh and Harvard Medical School.

Relatedly, No Impact Man calls TV “the enemy in our living room”: “I mean–don’t get me wrong–I enjoy vegging in front of the TV as much as the next guy. But having it in the house is like having a gallon of ice cream and a bag of cookies in the kitchen. I can’t resist and the negative effects when I engorge ends up outweighing the pleasure.”

Others feel people with old TVs are the new at-risk group. The Leadership Conference on Civil Rights Education Fund keeps sending out press releases about its efforts to help all Americans “take action in order to maintain access to free over-the-air television.” I get that TVs do deliver emergency PSAs, but I still find it funny that people who might start watching less TV are called “at-risk” groups.

I have nothing against TV, BTW. While my TV doesn’t actually get TV (I only watch it to watch DVDs), I stream a lot of shows online and Netflix even more. I heart House, Weeds, 30 Rock, and most recently thanks to Jessica’s recommendation, Damages — but my truest love is Dexter.

Enviro-guide to the digital TV conversion
Soon, many many analog TVs will be killed en masse and unceremoniously dumped into landfills, due to the upcoming television digital conversion.