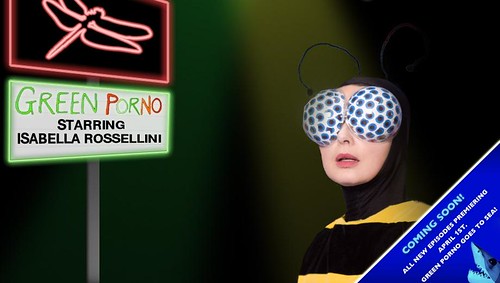 What better way to make Earth Month sexy than by — studying the reproductive habits of marine animals? Well, at least Sundance and Isabella Rossellini (Blue Velvet, Death Becomes Her) are curious about what secret seductions go on under the sea.