Keds organic sneakers cost $55, but the Loomstate-designed versions will sell at Barneys for $75.

Here comes a new shoe option that helps make eco-footwear fashionable and popular — but also leaves me a tad puzzled: Keds, Loomstate and Barneys New York are teaming up to create and sell Keds made with organic cotton uppers and a recycled insole board. 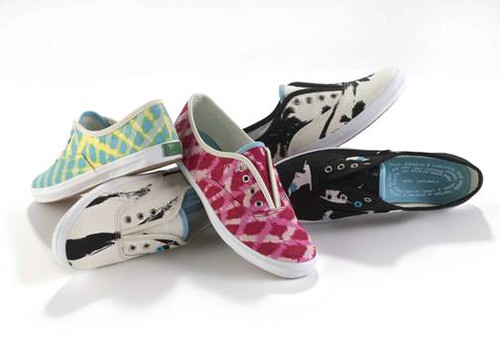 No, my befuddlement doesn’t come from the juxtaposition of high and low fashion; Barneys and Loomstate have both teamed up with Target before. For this project, Loomstate is designing the shoes, Keds is making the, and Barneys is selling them for a win-win-win.

I’m bewildered, instead, because Keds actually launched a green line back in March, also made with organic cotton. The cost of those (below): $55 a pair. The cost of this Keds-Loomstate-Barneys shoes (above): $75 a pair. 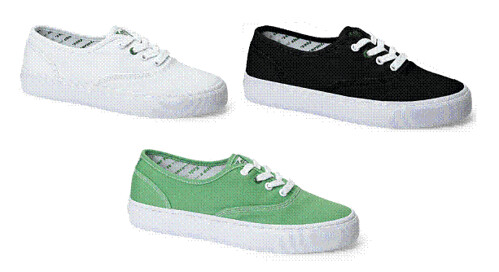 There may be a percentage difference in the recycled content in the insoles and outsoles, but from what I can tell, the shoes are pretty much the same except for the colors in the uppers: The $55 pairs come in just three solid hues, while the $75 pairs come in five multicolored designs — which granted, do seem somewhat prettier.

On a philanthropical level, the $75 shoes will send 1 percent of sales to The Organic Exchange, while the $55 shoes will plant a tree through the Arbor Day Foundation.

Other than that, the difference in the shoes simply has to do with the brand-cache of Loomstate and Barneys. Like the multicolored designs enough to pay $20 extra a pair? Pick them up at Barneys New York stores later this week.