More than a year after reports on lead content in most lipsticks, the FDA's still done nothing to protect consumers. 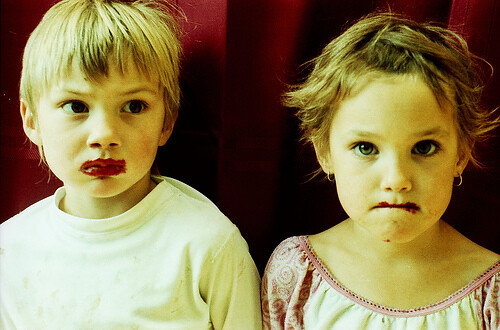 Bush may be finally out of office, but his legacy of inaction is apparently still the norm at the FDA. The agency’s latest show of apathy in the face of public danger: Doing nothing about lead in our lipstick.

Yes, there is indeed lead in many brand name lipsticks. In fact 61 percent of the 33 lipsticks tested by the Campaign for Safe Cosmetics contained lead — despite the fact that lead wasn’t listed as an ingredient in any of them. The lipstick with the most lead was L’Oreal Colour Riche "True Red" — with a whopping 0.65 ppm of lead.

Compare that to the FDA’s 0.1 ppm limit for lead in candy! That standard was established to protect kids from eating lead — yet lipstick also gets eaten, some of it by kids playing dress up and much more by the women who wear makeup!

Those stats incited the Campaign for Safe Cosmetics to publish a report with its findings: “A Poison Kiss: The Problem of Lead in Lipstick.” (PDF) That was back Oct. 11, 2007. At that time, the FDA promised to examine the lead in lipstick issue.

Now, 16 months later, the FDA’s still done nothing. “FDA is telling us they won’t release their analysis until it is published in a peer-review journal!” says Stacy Malkan of the Campaign for Cosmetic Safety. “Last time they did this, it took three years to publish the data in an obscure journal that was not available to the public.”

Stacy’s referring to the FDA’s 2003 study that found phthalates in a majority of personal care products tested by the agency. The FDA didn’t respond to requests for raw data from these studies — only publishing the info three years later in the March/April 2006 issue of the Journal of the Society of Cosmetic Chemists, a publication that isn’t listed in any web database of academic journals, costs $35 an issue to read — and is edited by a staff member of the Estee Lauder Companies to boot.

Now, the FDA wants to do something similar with the lead in lipstick study (PDF of letter from the FDA), which has the Campaign for Cosmetic Safety and other consumer health groups upset. Late last month, the Campaign for Cosmetic Safety sent the FDA a letter warning that “We will be submitting Freedom of Information Act requests to obtain all your data on lead tests conducted by the Food and Drug Administration on cosmetic products during the previous five years.”

Why’s the FDA keeping consumer safety information secret? “I think it’s pretty ingrained at FDA, to resist public interest groups and suppress information,” Stacy says. “FDA needs a total overhaul at the upper levels — new leaders who can restore the integrity and power of the agency that used to be the gold standard public-protection agency in the world.”

For now, you can email a letter to the FDA asking them to release the lead in lipstick info. “A Poison Kiss” (PDF) also names some other possible actions: Writing L’Oreal,  which made the two lipsticks with the highest lead levels in Campaign for Cosmetic Safety's tests, and writing newspaper editorials and contacting elected officials.

My suggestion’s more practical: Stop buying lipstick with lead in it! Use Environmental Working Group’s Skin Deep cosmetic safety database as a guide, and opt for earth and health-friendly lipsticks instead.

Related topics: Organic Makeup
Make your kisses lead-free
Bush may be finally out of office, but his legacy of inaction is apparently still the norm at the FDA. The agency’s latest show of apathy in the face of publi